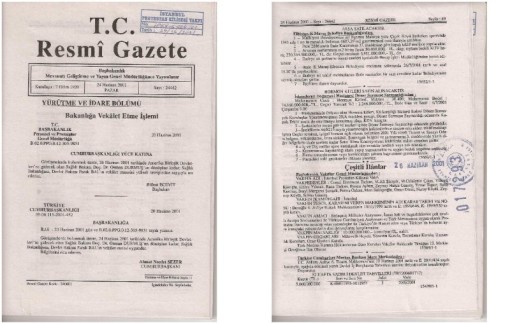 Congratulatory Letters from the State

Congratulatory messages on the second anniversary of the Foundation sent from the Secretary of the Presidency, the Prime Minister Bülent Ecevit, and Deputy Prime Ministers Mesut Yılmaz and Hüsamettin Özkan.﻿

The Official Registration of the Istanbul Protestant Church

On July 25, 2005 the Zoning Code and Planning Department of the Istanbul City Hall changed the registration of our land and building as a religious facility, pursuant of the resolution numbered 1732 and dated July 15, 2005﻿.

On July 26, 2006 the Governor of Istanbul endorsed the use of our property as a place of worship (registry 4370)﻿, in accordance with the regulation for the Opening of Places of Worship as stipulated by the Ministry of the Interior, number 11073-223664 and dated December 24, 2003. 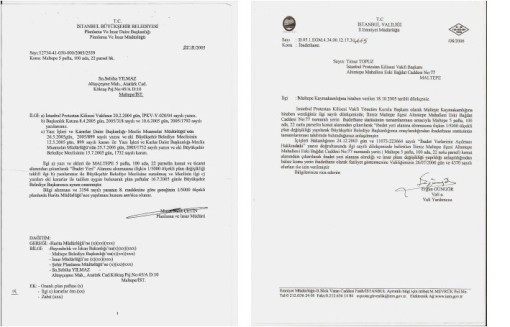 Official congratulations on the 10th Anniversary