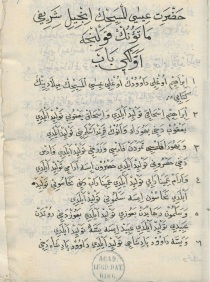 Turkey is no stranger to the 2000-year-old Christian faith. In fact, much of the New Testament was written in Asia Minor and mentions places like Izmir, Ephesus, Antioch, Tarsus, Iconium, etc.

The Ottoman Empire had considerable success governing different Christian and Muslim communities in relative peace. During the reign of Sultan Mehmet IV, at the request of the Dutch ambassador Levin Warner, the Bible was translated into Ottoman Turkish in 1665 by Ali Bey - the Sultan's chief translator (Ali Bey handwriting on the left: Matthew 1:1-6).﻿

In the nineteenth century, Protestants began to proliferate in Anatolia. However, it was not until the 1990s that they began to search for ways to become officially registered﻿.

The History of Our Foundation

The Istanbul Protestant Church is a community of believers that was established in 1995 based on the teaching of the Gospel and the protection and fundamental rights guaranteed by the Constitution of the Republic of Turkey﻿.

In 1999, encouraged by the mandate of the Gospel to "give to Caesar what is Caesar's" this community began the process to be legally registered. The only legal way to do it was by establishing a religious foundation.

Our fellowship earned official status when it was recorded in the official foundation registry after the Beyoglu 4th Court of Law's decision (E.1999/646) on the 10th of November, 1999﻿.﻿﻿

The Foundation aims to "meet the spiritual needs of the Protestants in Turkey, according to both national and international laws" (Constitutions, 2A).﻿

Our root is the risen Christ and his universal message which transcends all boundaries in human life﻿.

Turkish Evangelicals are grounded in the historical roots of the Christian belief as well. Such roots include the Nicean Creed and Chalcedonian Creed, both part of the rich spiritual heritage of Anatolia.

Turkish Evangelicals do not discriminate based on language, nationality, denomination, gender, etc. They are churches that embrace the Gospel's message of eternal salvation﻿ through Christ and conduct their worship in the Turkish language.﻿

Our ethos is to foster relations based on the principles of love, respect, and tolerance with all people in Turkey regardless of their religious background. 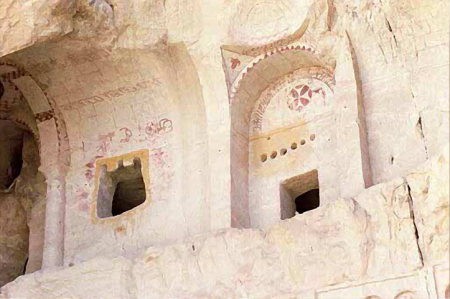 Detail of the picture in the banner: Cappadocia, 6th century, church carved in the rock.